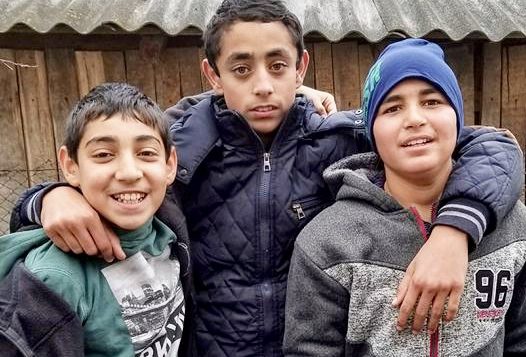 When Romania’s dictator was killed by firing squad on Christmas Day 1989, the people danced in the streets and waved tri-colored Romanian flags with the communist party emblem torn from the middle. They were free! Free from the Securitate, secret police who monitored and rid the country of dissidents; free from restrictions on food, heat, water, and travel; free from forced labor that tore families apart; free from religious and racial oppression.

Ironically, Romanian President Nicolae Ceausescu thought the people loved him right up until they stormed Bucharest and his once-loyal military joined protesters in the streets on December 22. He had been in power for 24 years and had no reason to believe otherwise since everyone around him told him so. For two decades, his advisors brought in crowds of people waving communist Romanian flags, paid audiences to applaud his speeches and hung his picture in every classroom and public building in the country.

On December 23rd, as Ceausescu and his wife tried to flee by helicopter, they received word that it would be shot down if it didn’t land, and on Christmas Day 1989, their death sentences were carried out. Communism had died and the people won, but almost three decades later Romanian people are still struggling economically and spiritually.

Bogdan and Daniela Bilav, Lifeword coordinators and BMA missionaries, were very young on that day of freedom. Bogdan was seven years old and remembers what communism was like and its effect on his family. As a skilled laborer, his father was rarely home; instead, he worked far away on state-sponsored projects. In December of 1989, his project was in Bucharest, and when government-controlled TV began to broadcast filtered news reports about an uprising there, Bogdan and his mother could only wait. Two days later he contacted them to say that he was coming home but he wasn’t sure how, since train travel was virtually impossible.

Although it was not something they could express freely, especially during the communist regime, the Bilavs were a Christian family, as were Daniela’s family. Their faith, Bogdan said, and the kindness of neighbors and family sustained them while they waited, and he remembers his mother crying a lot but trying to hide it from him until their reunion. They were one of the lucky families, for at least 2,000 people died during the Romanian Revolution.

Twenty years later, Bogdan and his young wife began serving and ministering to the hurting people of Romania through media and church planting.

During the first week of December, Lifeword and BMA Missions representatives traveled to Romania to witness the first all-gypsy, social media broadcast to the most oppressed people group in Europe. The post-communism generation of young gypsies has iPhones and devices to reach an even wider audience than traditional radio. This training trip deeply affected all of us, and the story can’t be told without understanding Romanians.

“I remember in the winters my father and other men had to wait until dark to chop firewood for us, because it was against the law. Only state officials could cut down the trees, but it wasn’t used for firewood; it was sold somewhere else.” Daniela Bilav’s sister-in-law recounted what she remembers about communism in Romania. Her family were Christians, which was not illegal; however, those who spoke boldly against the destruction of churches and seminaries, imprisonment of church leaders and emphasis on atheism often mysteriously disappeared.

As Rick, Brian, Mati and I drove through the city of Cluj with the Bilavs the day after we arrived in Romania, Bogdan explained that the buildings we passed were built during communism, a time when everyone received a paycheck, often for jobs in construction. President Nicoleau Ceausescu wanted impressive-looking buildings in his big cities, but after communism fell in 1989, those buildings remained and everyone left the cities to reclaim the land they were forced to give up.

Driving into the countryside, we noticed narrow strips of land carefully planted with wheat, fruit trees, and potatoes. Sheep roamed the hills, along with the shepherds who cared for them. As we passed through these agricultural towns, Bogdan pointed out the gypsy villages built just outside of each them.

Our reason for traveling to Romania was the people in those villages. We were there to witness and document a plan that Bro. Bogdan and Rick Russell had been praying about for months: expanding Lifeword’s ministry to the unreached by training gypsies to create social media broadcasts. Bogdan explained that, “The gypsy language is the same for all gypsies, so we want to make broadcasts available to them all over Europe on the internet and social media.”

Jointly sponsored by BMA Missions and Lifeword, the Bilavs minister to gypsy communities in some way almost every day of the week. Daniela began working with the children when she was fourteen years old, and Bogdan became involved when a pastor 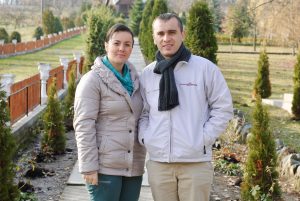 asked him to help him with a new gypsy church. With the same heart for the same people, it wasn’t long before they met, got married and began serving in the Transylvania area of Romania.

With each day of training, we were privileged to get to know these gypsy men better through interviews and video. There was a language barrier, but Bogdan, and sometimes Daniela, worked tirelessly to translate for us. Actually, these men had pretty good English, but we couldn’t convince them of that. It was just easier to express in their own language how they came to know Jesus and their passion for the lost. Their testimonies were powerful.

One young man, Gaza, was honest about his life before Christ: “I used to live in the world and had temporary happiness. Now I have real happiness in Jesus. Before I knew him, I couldn’t support my family because I gambled it all away and partied, but I don’t need that anymore because I have Jesus in my heart.”

In Romania, 85% of the people claim Christianity as their religion, with 80% of those being Eastern Orthodox. The remaining five percent are Protestant. The rites and rituals and the elaborate church buildings of the Eastern Orthodox can often be a stumbling block to spreading the gospel in Romania, but their is encouraging news about this people group, the gypsies.

Lifeword visionary leader and missionary in Romania Bogdan Bilav is now ministering to the first generation of gypsy teenagers who have grown up in Christian homes. At the same time, the cost of smartphones with access to broadband internet has dropped so much that these teenagers are the first in their families to have access to fast internet connections. Those two factors have compelled him to challenge young people to speak into the lives of gypsies all over Romania and Easter Europe.

A dozen or so young men and a few of their older mentors gathered for training on how to use their new smartphones to produce internet podcasts in their own Romany language. Theymet in the upstairs “sanctuary” of a small church in the village of Nusfalau, 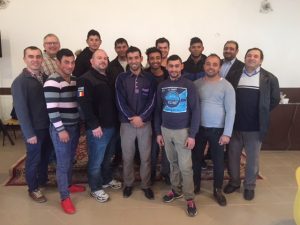 and their love for music was immediately evident. They are gypsies after all; it is in their blood. Each morning as they waited for everyone to arrive, they plugged in the boom box and speakers, turned on the microphones, and sang with the tracks with enthusiasm.

Rick Russell began his training with an important question: What should your program content look like? Their answers were right on…gospel presentations, Bible-reading and testimonies. But Rick asked them to think like non-Christians and what would attract them. One man said to Rick (translated by Bro. Bogdan), “So you didn’t come here to tell us what works in the States. You want us to figure out what will work for us.”

Their answers were different this time with very relevant topics in their culture: cracking nuts (the livelihood of many Roma), how to find a good wife, what I have learned from the old people in my village, etc.

After that discussion, Rick began the technology portion of training by having them download the Spreaker app that will create their broadcast. Each day’s training ended with a homework assignment. Day One homework was to create a one-and-a-half-minute broadcast using their new app, which comes complete with sound effects, music, and applause.

Day Two began with listening to those broadcasts and critiquing them, and concluded with an explanation of the different aspects and tools in Spreaker. Their homework for the next day was to create an entire broadcast then download music to include in it.

Day Three included working out the bugs in Spreaker and solving technical problems that came up. Rick also told them to tag their broadcasts “Romanes” (the common name of their language) so gypsies searching on the Internet can easily find it. Their assignment for the last day was to complete their broadcasts and upload them to Spreaker and Facebook.

Finally, on Day Four, they created a two-hour live broadcast.  While several men listened in Bogdan’s van and others on their cell phones, those without devices recorded devotionals and songs they had been practicing throughout the week. Witnessing the smiles, high-fives and laughter as they heard their voices for the first time was something those who witnessed it will never forget.