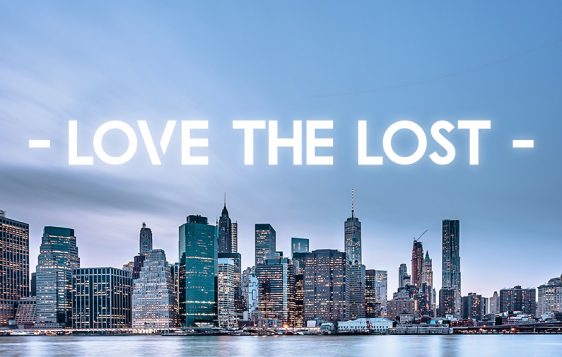 Imagine your Facebook account is hacked, and your most flagrant, secretive sin is posted to your page. Can you even begin to comprehend the shock, the humiliation, the shame?

How many people would see? What would they think of you? Could you ever recover socially?

A Slight Interruption During Worship

A worship service is in full swing at the neighborhood temple, the center of the religious establishment. The teacher today is, you guessed it, Jesus of Nazareth. Rising in popularity, a large crowd attends the sermon. It’s full, and reverent, and lovely. Suddenly, a female shriek reverberates from outside, and the temple doors are thrown open. Religious leaders drag in a lady who they claim was just caught in the act of adultery. She’s half naked – so, yeah, they’re probably right.

They dump her in the middle of the room. The service, naturally, comes to a standstill.

It’s a scene of confusion for the room. Except for this lady . . .

It’s an experience of pure, white-hot humiliation. She sits in the house of God, where sinners should feel safest.

But is she feeling safe right now? No, everything is backwards in this moment.

The religious leaders had mentioned adultery, not fornication – so she’s married. And she submitted to their authority, so she’s probably Jewish. A Jewish adulteress – let’s agree, she’s been up to no good. But is this how the leaders should’ve handled the situation?

No. They are cowards. Her appointed shepherds who care nothing of her. How many does it take to commit adultery? Two. Well, where’s the man? Eh, it’s a small town. The leaders probably knew the guy, so they let him off the hook. The woman is easier prey – easier to intimidate.

But these leaders aren’t after the lady’s reputation. No, she serves them simply as a prop. A prop to test Jesus. That’s what all of this is about. They think he’s been too soft on sinners. They hate how their crowds flock to him. He’s been morally polluting himself by hanging out with sinners. Intimate, close, personal relationships with sinners over shared meals? Not okay.

So finally, they do-or-die him. “Hey, Jesus. We should stone her, right?” A simple question, yet how complicated an issue! If Jesus obeys the Law, then yeah . . . he’s gotta stone her. Right here. Right now. If he refuses to stone her, well, he’s disobeying the Law and is therefore unfit for teaching it.

Of course, they’ve misquoted the Law. Leviticus 20:10 mentions that both the adulterer and the adulteress should be stoned. But again, where’s the man? These leaders care nothing for the Law – it’s all a front to create a problem for Jesus. On the spot. In front of a crowd.

How, then, does Jesus respond when faced with obvious sin? That’s the question at stake. This is what races through the minds of all in attendance. How does the Savior and Judge of sinners respond to this blatant evil?

He bends over and begins to draw in the sand with his finger. Nonchalant. Chill. Not surprised.

Sin does not surprise him. He has no gag reflex to it. He came for sinners, after all. Jesus doesn’t throw his arms up in an ‘X’ to ward off the sinner.

But what is he doing, drawing in the sand? Tell me. What Old Testament picture comes to mind when you think of God writing with his finger? The Ten  Commandments. Right there, in the middle of the interrupted worship service, Jesus figuratively drags everyone before the judgment seat of God, exposed and aware of their own most serious sins. Nobody had lived up to the Ten Commandments – and everyone knows that.

All judgment ceases in that glorious moment. Every mouth stops. If you were there, your accusations would’ve ceased. In a single act, Jesus reveals that every “judger” of this guilty woman deserves judgment, too. The playing field is leveled. Conscious of their sin, they have no ammo for condemning someone else.

Jesus was left alone with the woman. He says to her, “I don’t condemn you.” How can Jesus say that? Is he fine and dandy with sin? Of course not! I bet you can quote John 3:16 by heart, can’t you? Well, what about the next verse – it’s just as important! “For God did not send the Son into the world to condemn the world, but in order that the world might be saved through him” (John 3:17).

The world is already condemned. Jesus came to heal, to rescue, to save. Not condemn. That’s exactly what he did in this scene.

He then says, “Go, and from now on sin no more.” Jesus, king of all, calls her to obedience. He did this because she trusted him in faith. Overwhelmed by his love and grace at the most humiliating and guilty moment of her life caused her to believe in him. And believing in Jesus includes the daily fight to obey him.

How This Fuels Our Evangelism

#1 Jesus brought the room to knowledge of their sin. That’s a goal when proclaiming the good news. While doing it gently is ideal, it sometimes requires a direct approach.

#2 Jesus engaged sinners without surprise or judgment. For us, we must remember our own sin first. When we become “equal” to earth’s “most despicable sinners,” we aren’t surprised by their sin. We aren’t better than them or more deserving. We treat them with the same love and mercy Jesus treated us with.

#3 Jesus called the woman to obedience. When someone receives the good news, explain the importance of stopping sin and following God’s commands. Discipleship, following Jesus, is integral to Christianity.

#4 Jesus made the gospel beautiful. Don’t “drag people” into the presence of Jesus. Lead them to him with the sheer beauty of your life.

#5 Jesus rescued the woman from a socially humiliating situation. As you look for people to share the gospel with people, keep this in mind.

Look for ways you can rescue others from socially awkward or dangerous situations.

If, for example, someone’s getting picked on, or gossiped about, step in. Stick your neck out. When it’s all over, and you’re left alone with that person, you have a captive audience. Be bold in that moment.

This is yet another reason why Jesus, simply put, is the best.

Have you ever been humiliated by religious people? How did Jesus meet you there?