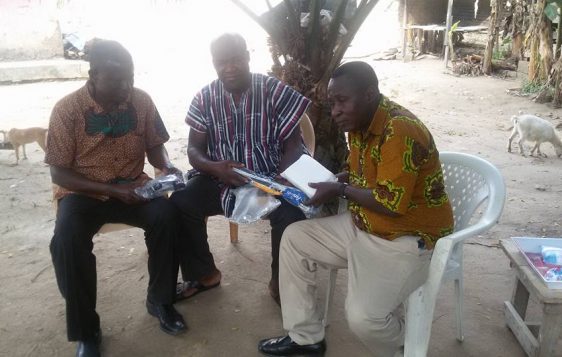 Only five languages have been chosen by Lifeword as “starter languages” included in the beta-testing stage before the public rollout of the new lifeword.org in August…and one of those is Swaihli. To determine the best languages to use, Lifeword personnel considered the following about existing broadcasts:

* Are they produced only by indigenous people?

* Do they use various media outlets, such as online radio, internet broadcasting, and community radio?

The Lifeword language of Swahili has been on air since 2015, and its round-table-discussion format has been very effective in reaching Tanzanians with the gospel.  For Tanzanian broadcasters and brothers Deus and Renatus Kanunu it is simply a part of their tribal culture where problems are solved through discussions. A resolution is reached when the chief has the last word.

The idea was first used by the Garifuna of Central America, who created this culturally relevant broadcast format in 2009: eight pastors sitting at a table and interrupting each other with their opinions.

The Garifuna people group originated in Africa (see the June newsletter for their incredible history), so Director of Operations Luis Ortega and Director of Broadcast Equipping and Training Rick Russell thought a similar format might work in the Swahili culture. Planning meetings with Tanzanian pastors in 2014 revealed a similar Swahili custom: The tribe’s chief meets with family leaders and presents a difficult village issue. If the group cannot come to a consensus after various solutions have been offered, he will make the decision.

The chief is the ultimate authority just like God’s Word is for Christians. This method of reaching Garifuna and Swahili speakers is a great example of Lifeword’s philosophy that broadcasts should be created by and for indigenous people.

To do that effectively, Lifeword has hundreds of personnel around the world working on translating and contextualizing content that speaks to the hearts of the people groups they 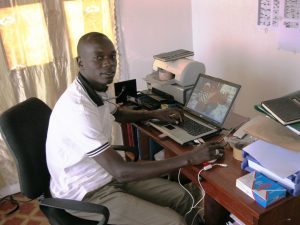 represent. Lifeword Programmer Deus Kanunu is that representative for Swahili speakers. As an indigenous speaker, he will create gospel presentations that can be streamed, shared and downloaded to anyone, anywhere who speaks Swahili!

In mid-August lifeword.org will go live with the five languages chosen for the testing process: Garifuna, Swahili, Arabic (to be featured in the August newsletter), Spanish and English. As Executive Director Donny Parrish puts it, “For a year, we have been in the building process; after the Cloud is build, we will begin the creative process. Long term we hope to have gospel presentations for 200 of the world’s languages. Following the lead of BMA Missions, our ultimate goal is to help them plant churches.”